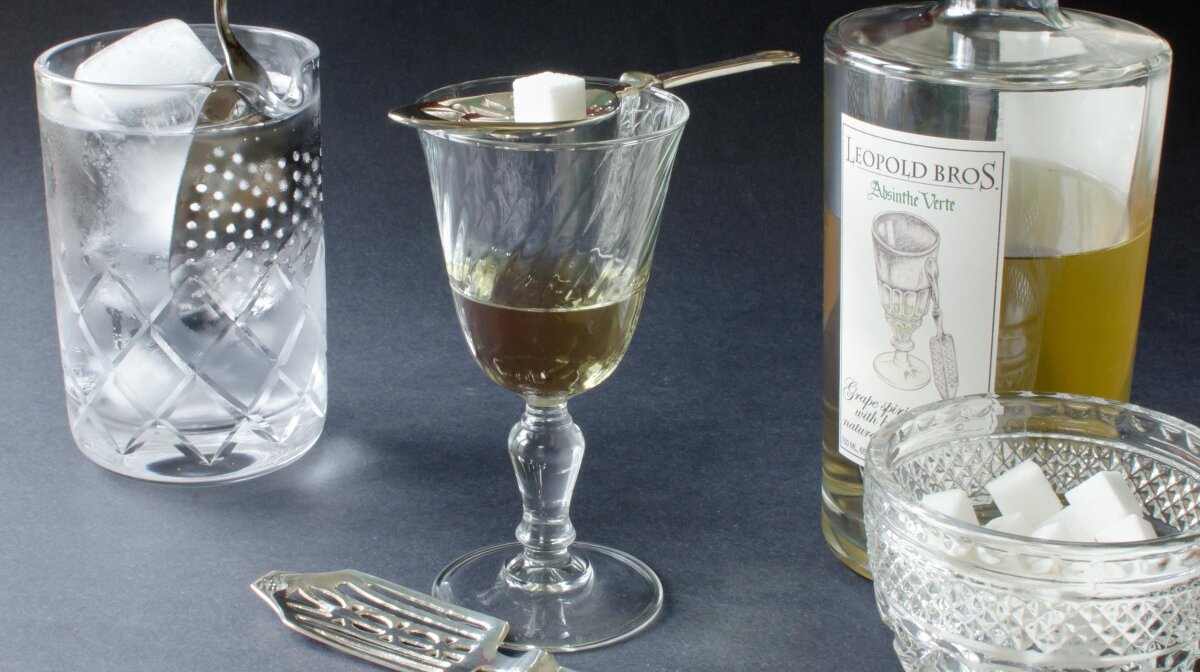 Antibes has an Absinthe museum/bar where visitors (if they are brave enough) can sample a range of different varieties of this alcoholic drink.

Absinthe has an extremely high alcohol content ranging from 40% up to 80%. It is green in colour and in France is often known as the 'fee verte' meaning the green fairy. It is made through the distillation of herbs and flowers including fennel and green anise.

"The traditional French preparation involves placing a sugar cube on top of a specially designed slotted spoon, and placing the spoon on a glass filled with a measure of absinthe. Iced water is poured or dripped over the sugar cube to slowly and evenly distribute the water into the absinthe. The final preparation contains 1 part absinthe and 3-5 parts water."

Historically given to French troops as a malaria preventive, Absinthe's popularity grew steadily through the 1840's. When the troops returned home, they brought their taste for absinthe home with them. By the 1860's, 5pm was known to most as l'heure verte ("the green hour"). It was a drink favoured by all social classes, from the wealthy bourgeoisie, to poor artists and ordinary working-class people. By the 1880s, mass production had caused the price of absinthe to drop sharply, and by 1910, the French were drinking 36 million litres of absinthe per year!

Might as well see what all the fuss is about...