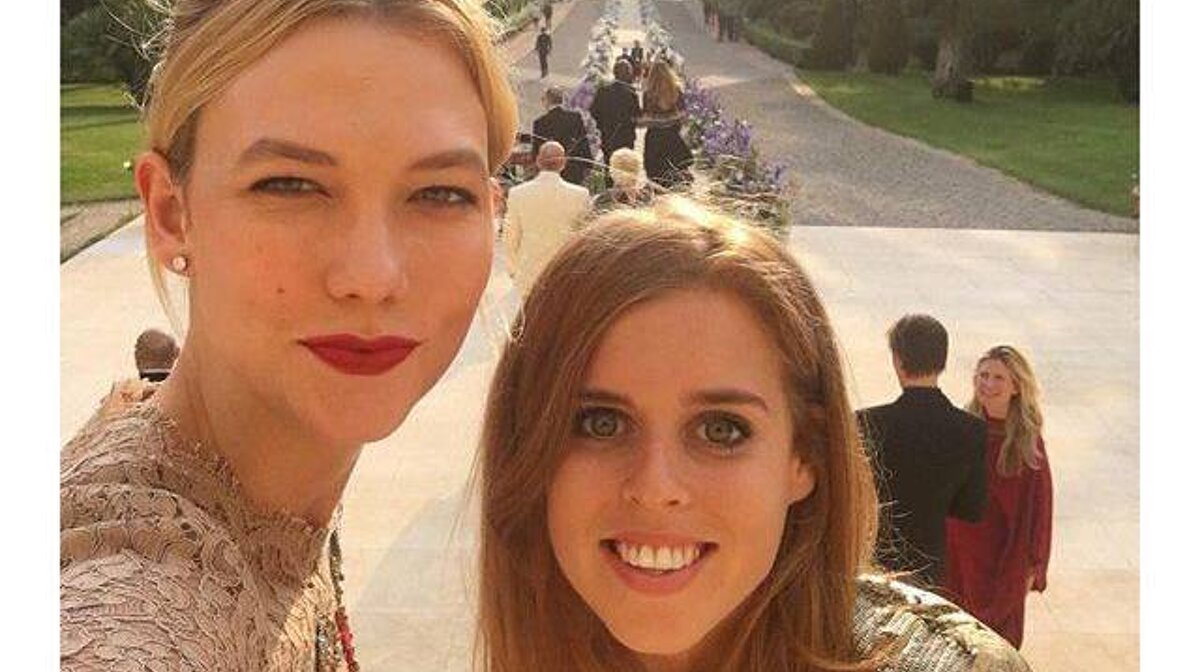 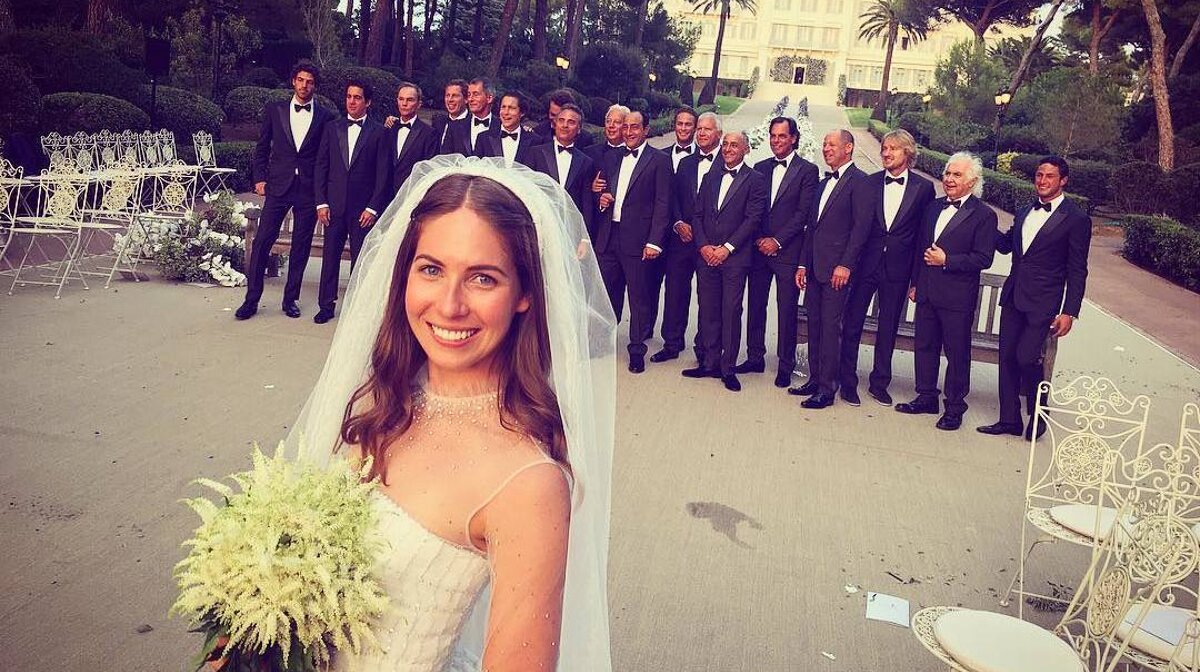 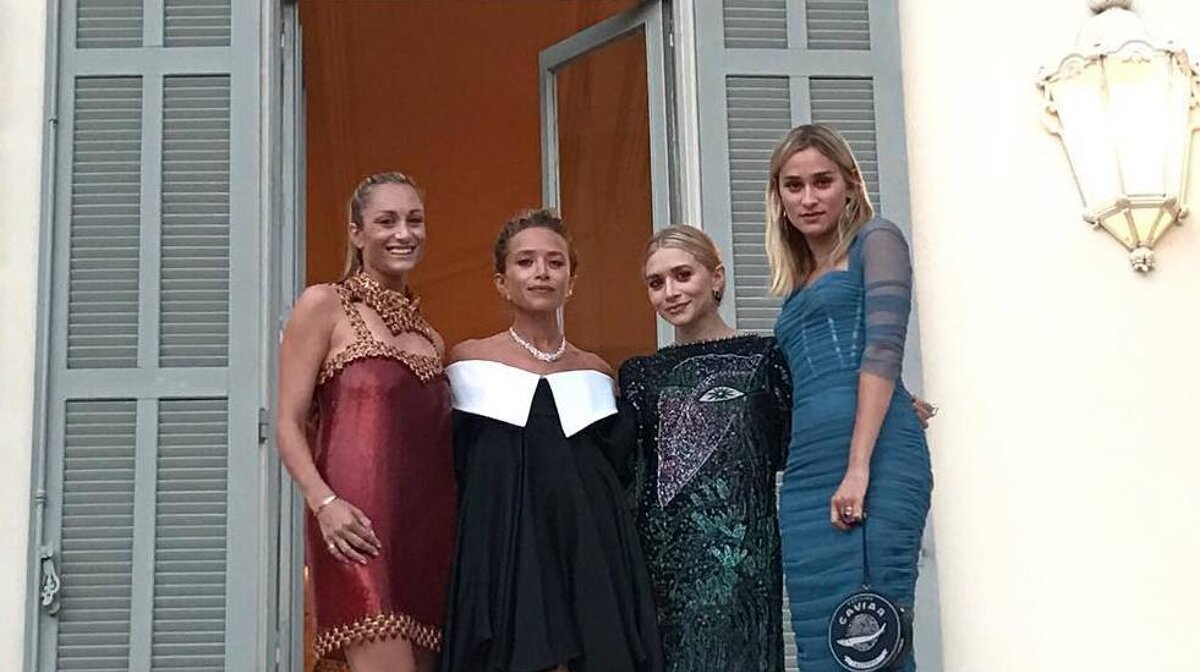 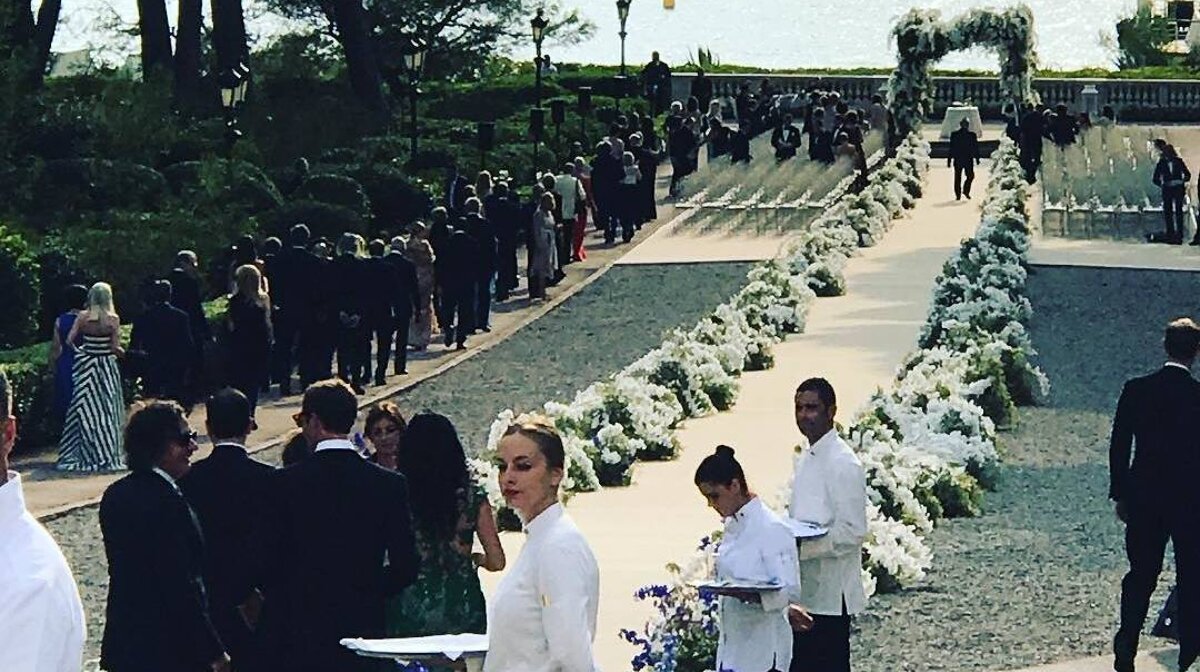 Alessandra Brawn with the Olsen twins

Their special day reportedly cost some $5 million as they rented out the entire Hotel du Cap Eden Roc for the wedding, as well as organising several dinners for guests and the wedding party. The 600 guests included many famous faces including groomsman Owen Wilson. Princess Beatrice was also in attendance with her 'date' Karlie Kloss. The Olsen twins were seen enjoying the fine weather in Antibes as they took a swim in the sea by the grand hotel. Mary Kate and her husband, Olivier Sarkozy (half-brother to former French president, Nicolas Sarkozy) mingled with guests Heidi Klum and Sienna Miller.

The groom, Alberto Mugrabi, is the son of Israeli businessman, Jose Mugrabi, who owns the largest collection of Andy Warhol paintings in the world - reportedly as many as 1,000 - as well as works by Renoir, Picasso and Rodin. The bride, fashion blogger Colby Jordan (Minnie Muse), daughter of billionaire Chicago business mogul John W. Jordan II, wore a Valentino Couture gown with a pleated bodice and a sheer neckline and sleeves embroidered with tiny polka dots.

Security at the event was said to be 'White-House' level with a ban on social media...although, luckily for us, guests seems to have been posting on instagram and facebook regardless!