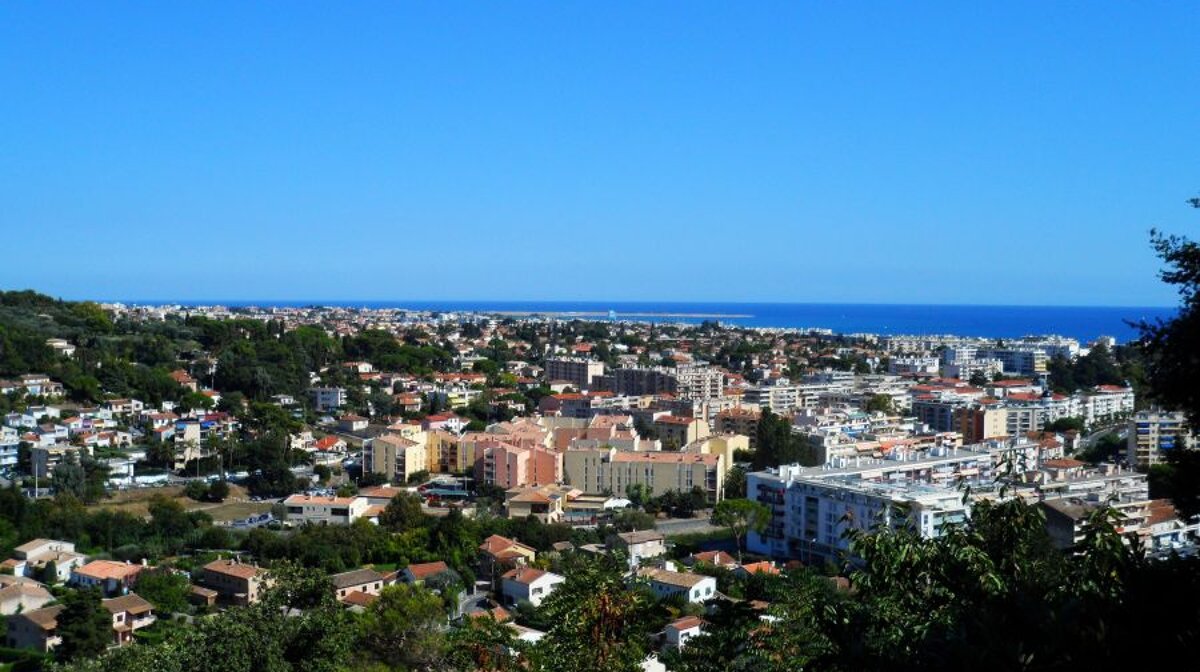 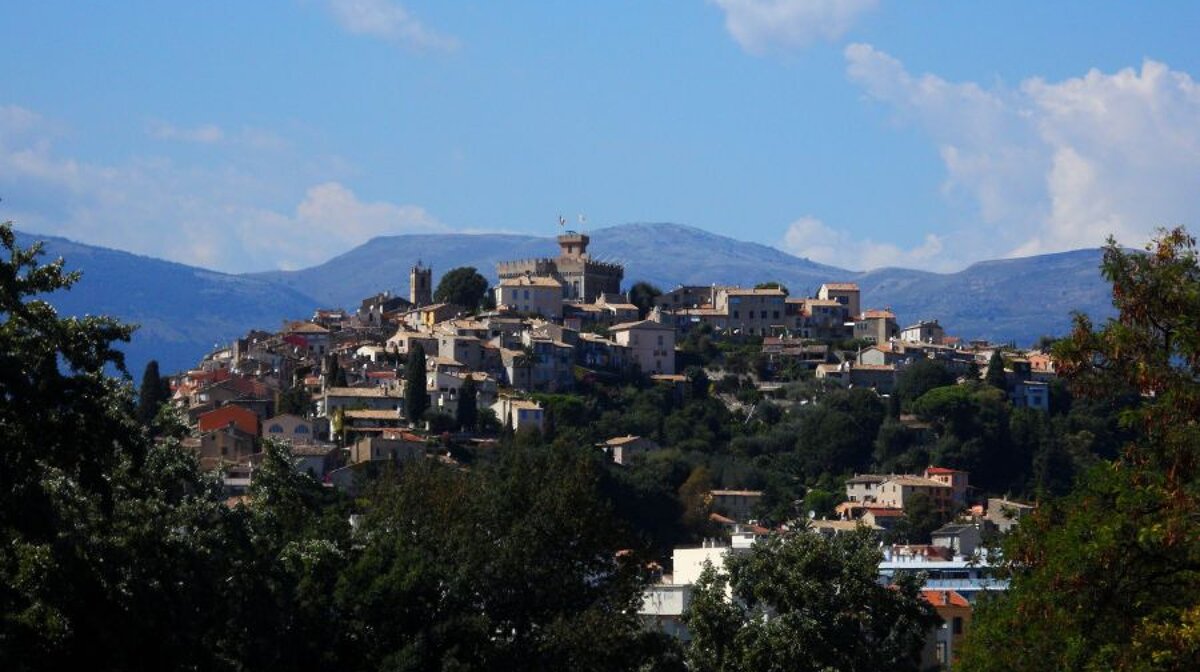 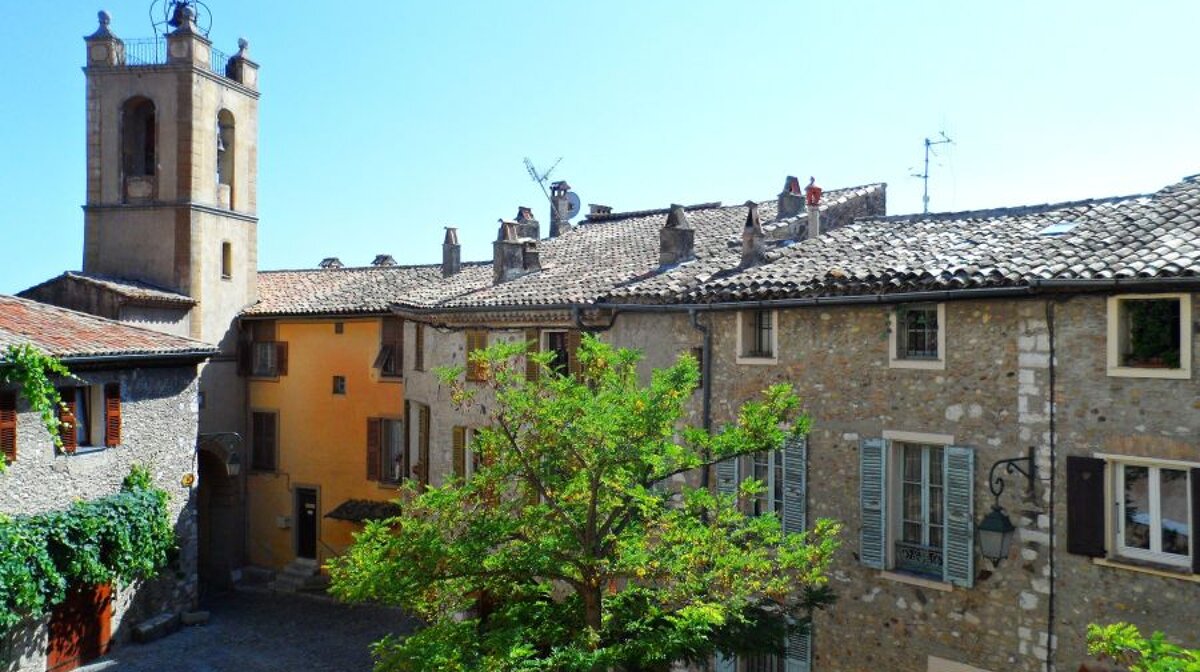 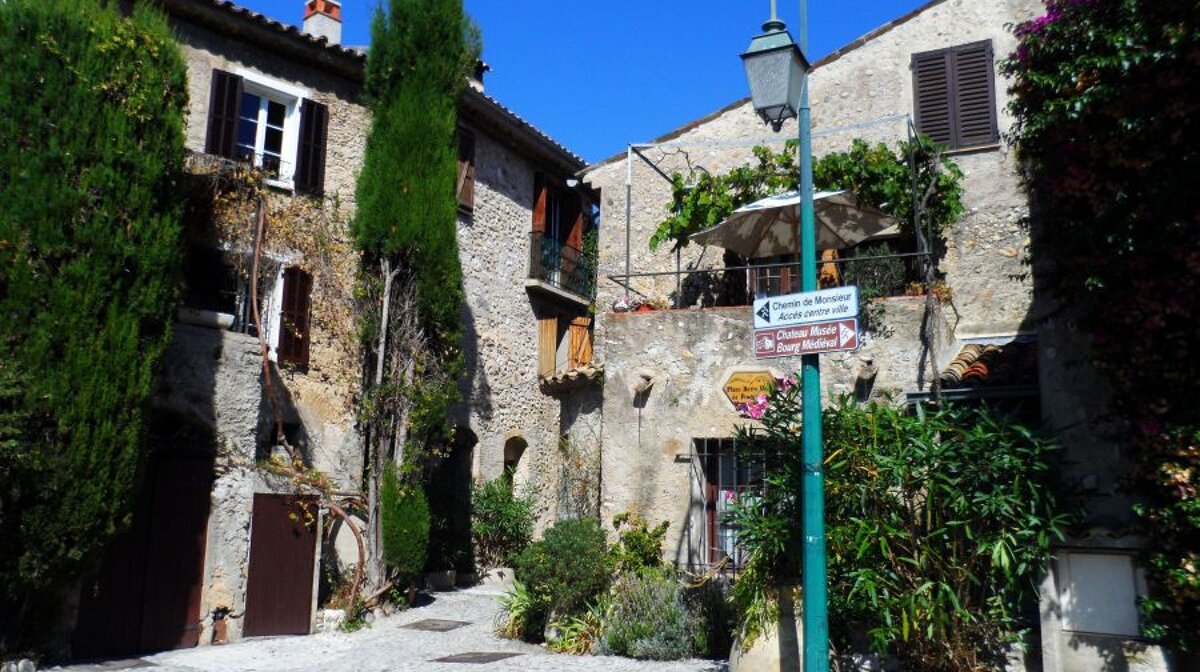 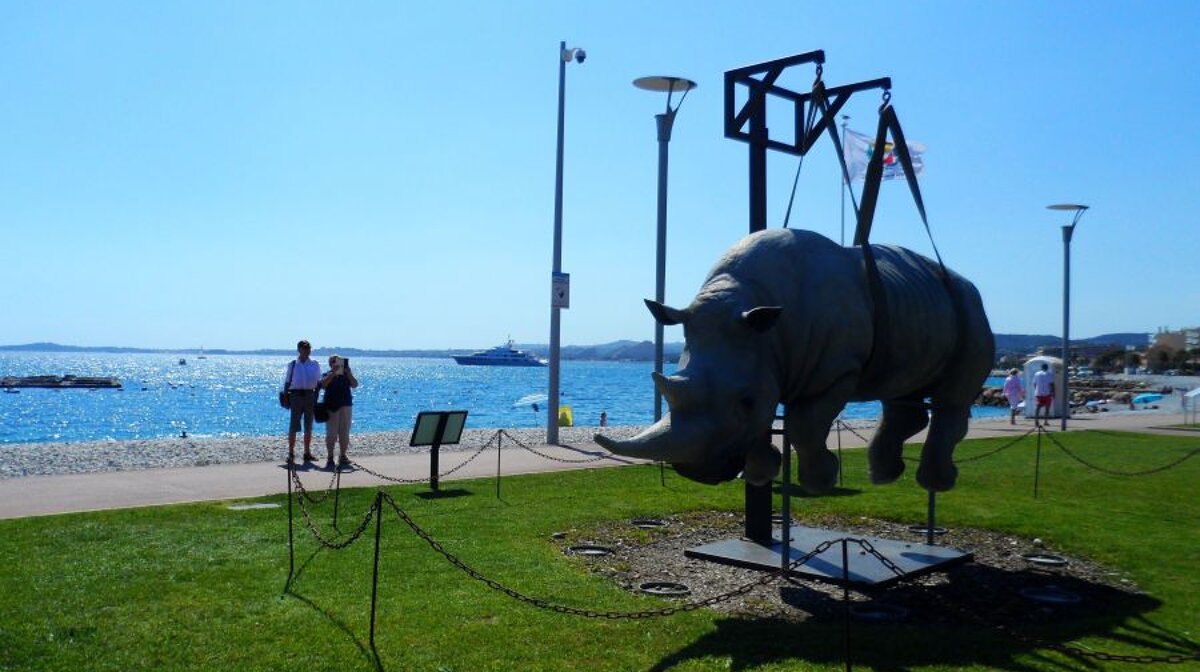 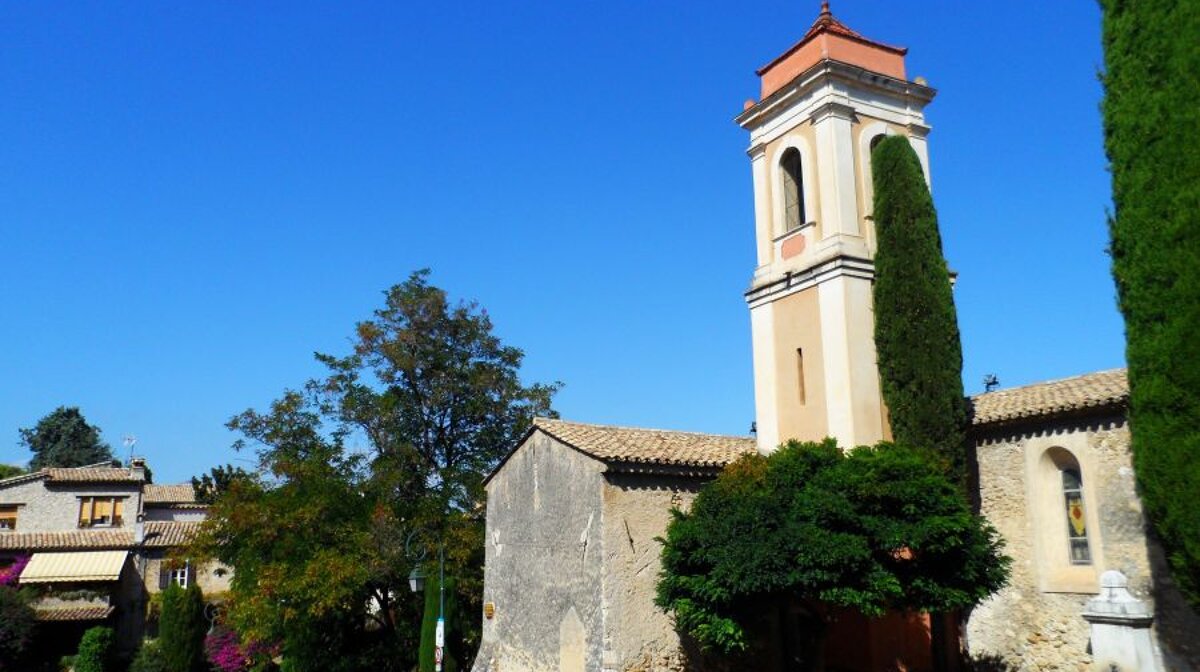 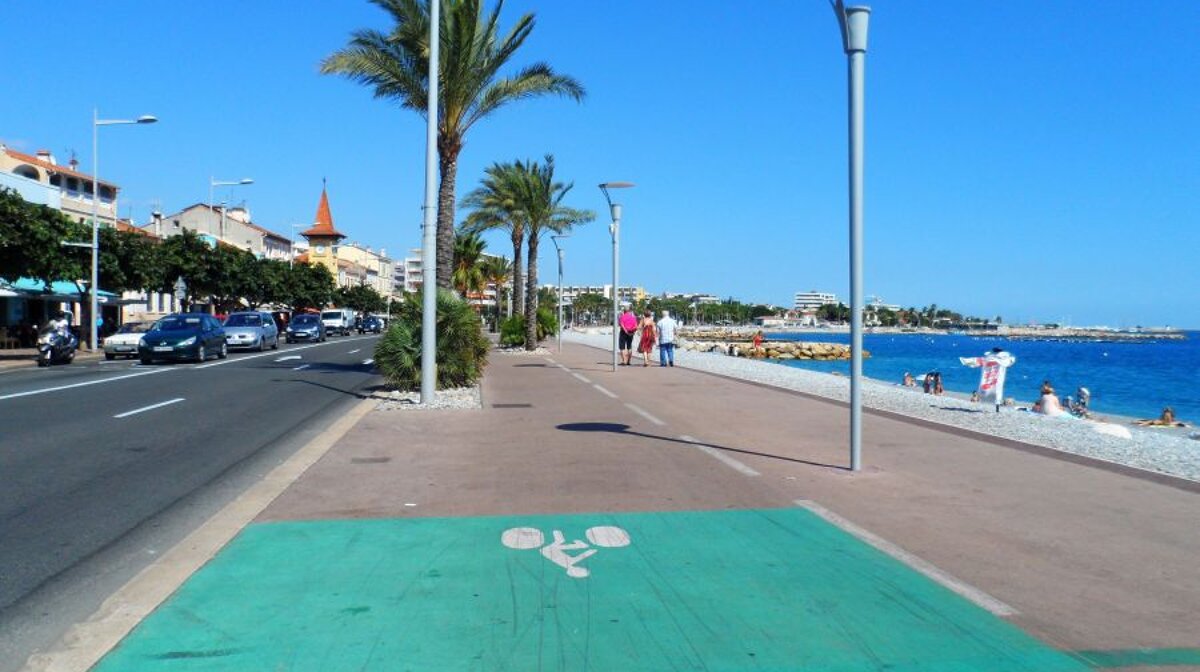 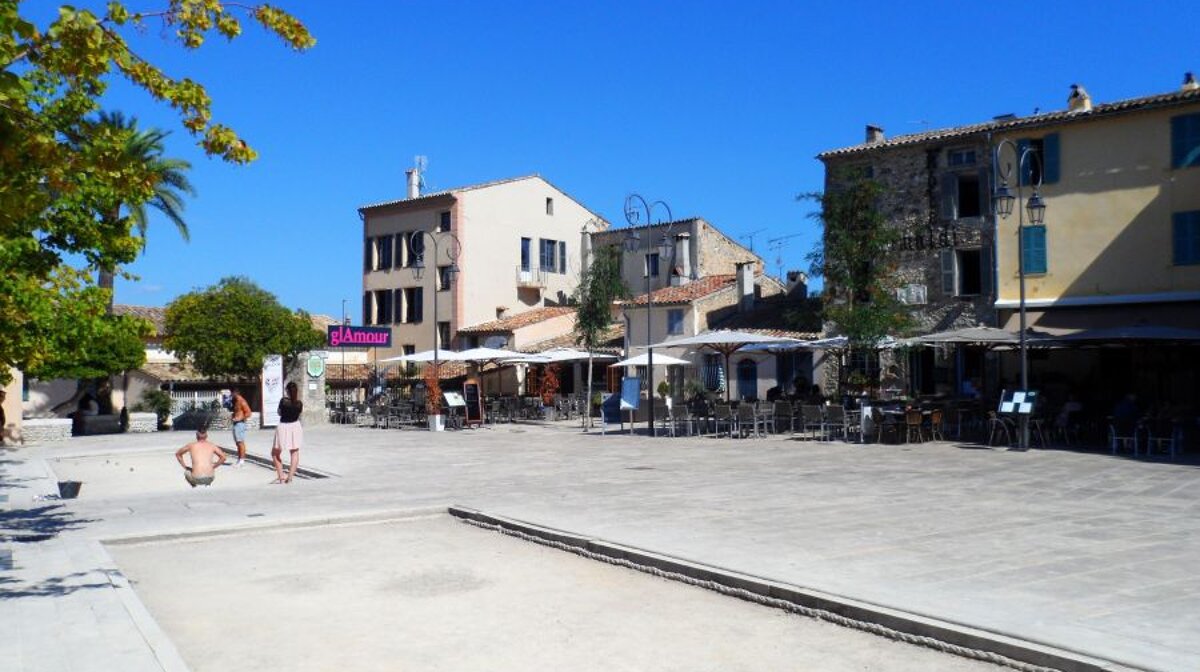 Cagnes-Sur-Mer is a great seaside resort with a charming port and a long pebble beach, close to Nice Airport. Haut Cagnes is the perched Medieval village that overlooks the resort, and is home to the famous Renoir House and the Grimaldi Castle, two of the area’s most popular attractions.

Cagnes-sur-Mer is the largest suburb of Nice and is 15 km west of the city, right on the seafront. The town is split into two districts, Cros de Cagnes and Haut Cagnes. Cros de Cagnes is where you’ll find the beach-life; 3.5 km of pebble shore with calm water, beach-clubs, shops, water sports, restaurants and a traditional fishing port - have a look at our beach section to find out more.

A wide promenade with a cycle lane runs alongside the beach, allowing you walk or ride the length of it and enjoy the many events and festivals that take place there throughout the year. Cros de Cagnes is also the home of the Hippodrome de la Côte d'Azur, a horse racing stadium and events venue, which you can find further along the coastline towards Villeneuve-Loubet.

High above Cros de Cagnes is the medieval village of Haut de Cagnes, an ancient settlement that is still inhabited by about 650 people. The narrow streets are full of artists studios and galleries, over the years many famous artists have lived here such as Modigliani, Yves Klein and, of course, Renoir: Cagnes-Sur-Mer is brimming with artistic heritage.

Occupation of the area took place at Haut de Cagnes, a rounded hill sitting 91 metres high. The name Cagnes is originally a ligurian name meaning 'living place on the rounded hill'. It was initially Celt-Ligurian, and then the Gallo-Romans. From the 16th century Cagnes was considered to be the borderland between France and the States of Savoy, and as such was to play a part in many of the major European wars.

In 1620, under the reign of King Louis XIII, Jean-Henri Grimaldi transformed the castle into a glorious domain, a great era for the residents of the area. However, the reigns of Louis XIV and Louis XV were marred by wars and invasions.

In more recent history the area has become known for the artists who visited and stayed there. Early in the 20th Century Renoir settled in Cagnes, from 1903 to 1919. This in turn attracted other artists from the impressionist movement who decided to come and settle in the area of the castle calling it the "Montmartre of the French Riviera".

Among all the famous people settled in the Haut-de-Cagnes, some famous names remain: Pierre Auguste Renoir, Chaim Soutine, Foujita, Yves Klein, Georges Simenon, Suzy Solidor (singer and Director of a cabaret) and even Brigitte Bardot...

Renoir’s estate is open year-round and as well as housing many of his personal effects, also has 14 of his paintings and a number of sculptures. The house itself is beautiful; a real period mansion surrounded by olive trees with sublime views of the coastline and surrounding area.

The Grimaldi Castle is a 14th century building that towers majestically over the old town of Haut de Cagnes; inside is a museum and an number of art exhibitions. Music concerts are often held in the square outside the castle during the summer.

Cagnes-Sur-Mer is fringed all the way along with a safe family-friendly beach that offers everything from plush deckchairs and parasols to every watersport you can imagine, including diving and fishing. There are plenty of beachfront restaurants and snack bars, or you can pick up some picnic items from the market that takes place every morning near the port. The beach is separated from the main road by a wide promenade that is popular with walkers, cyclists and roller skaters - you can follow the cycle path all the way to the Promenade des Anglais in Nice if you wish. To read more about beaches in Cagnes-Sur-Mer and the surrounding area visit our Beaches Guide.

For a taste of something completely different, the Hippodrome hosts regular horse races during summer and winter as well as shows, festivals and markets.

Things to Do in Cagnes sur Mer

There are plenty of fun things to try down at the waterfront; you can have a sailing lesson, go windsurfing, ride a jet ski, take a boat tour to a nearby island. For a more laid-back option you can pick up a mask and snorkel from one of the beachfront shops and go fish-spotting in the warm clear waters. There is also a daily market. Up in the old town of Haut-de-Cagnes you can explore the narrow laneways around the castle and relax in a pavement cafe, watching groups of old men play boules under the trees. Cagnes-sur-Mer was once referred to as 'Montmatre of the South' for its appeal to famous artists such as Renoir, and as a result there are many artists' studios and galleries with frequent exhibitions.

Book Things To Do

Cagnes-Sur-Mer, like so many of the local towns, is full of restaurants and cafés serving fresh local produce. Seafood is obviously on all the menus down by the port, most of them having a daily special based on the catch of the day. The town centre has more generic pizza and pasta options, whereas the typical Provencal dishes of ratatouille and socca can be found just about everywhere. The square at Chateau Grimaldi has a number of good restaurants and is popular for admiring the view and watching the world go by, but there are plenty more smaller restaurants tucked amongst the alleyways of Haut de Cagnes if you want somewhere a little less obvious.

Where to Eat in Antibes

Where to Stay in Cagnes sur Mer

The resort has a number of two and three star hotels offering budget accommodation. Haut Cagnes has a smaller selection, and for chateau style luxury, try Chateau le Cagnard.

Where to Stay in Antibes

Getting to Cros de Cagnes is easy-peasy, either hop on the 200 bus that runs between Nice and Cannes or take the train. You can even cycle there from Nice along the cycle path that runs all the way from the Promenade des Anglais.